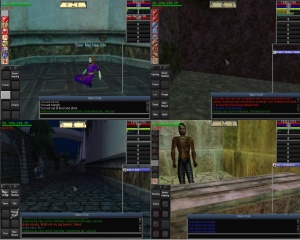 WinEQ 1.38 is a powerful but easy to use utility designed to increase the playability, as well as falicitate multitasking and ability to run multiple sessions of EverQuest.

WinEQ forces your game to play in a window, rather than full screen mode. That means faster switching to other applications, such as an internet browser or chat program, or even another game. That doesn't mean it will only take up a portion of your screen, however. WinEQ Pro provides a window "mode" that causes the window to appear full screen (among other configurable modes)! All the benefits of playing in a window, with the beauty of playing full screen!

In older games, the ability to place the game in windowed mode was considered taboo because it could allow the player to cheat much more easily. In reality, if the player wanted to cheat they would do it anyway (for example, another computer to be used for peeking at a game's network traffic and grabbing otherwise hidden information). Therefore, many older games do not support windowing.

Today, game developers generally realize that people need access to other resources while playing their game (Google, fan sites, instant messengers, email, etc), and potentially playing multiple accounts on their online gaming system (which in turn requires more subscriptions to their service), and that cheaters are far too tricky to let windowing stop them.

Although we do not condone cheating to gain an unfair advantage in a game, we do condone windowing and think it should be an integral part of all social games such as MMOs. Most new MMOs already have the game itself in a window, but as you may well know, WinEQ does not just put the game in a window -- it is capable of much more than that. 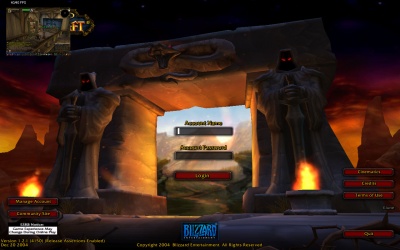 WinEQ provides configurable hotkeys for various tasks, including switching sessions, mouse release/re-capture (for games that need it), and even more for subscribers for such things as toggling a memory indicator, window borders, window presets, even picture-in-picture! All at the touch of a button -- or a few buttons if you prefer.

WinEQ provides single-window Picture-in-Picture. Imagine trying to play two characters at the same time, with only one monitor. You can either play in two small windows, or only have one character in view at a time, leaving one potentially vulnerable. With WinEQ, the last game window to be in focus can automatically place itself in a smaller window on top of your current one. This means that for the cost of a small portion of your main window's visibility, you gain a great amount of visibility for your other character, albeit small. The size and placement of the picture window is also configurable. 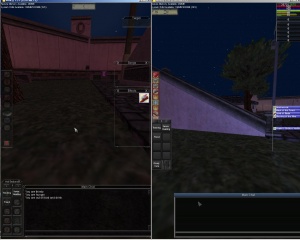 WinEQ with custom resolutions, side by side