Difference between revisions of "IS:Kernel" 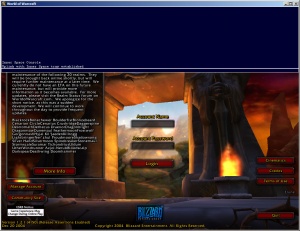 The Inner Space console provides a method of executing commands similar to first-person shooter consoles, but in a style similar to standard command shells (e.g. DOS or Linux shells). It takes only a moment to learn, and provides access to all of Inner Space's features. The system used is called LavishScript. See LavishScript Syntax for a complete technical reference of entering commands via LavishScript.

Inner Space provides a system of "binds" that allow you to "bind" a key combination to an action. This could be remapping one key to another directly, running a script, sending commands to other sessions, or literally anything that can be done through Inner Space commands. Even the key to bring up the console uses a bind, and can be configured using the Bind command.

Global binds are just like regular binds, but perform an action in a given session when the key combination is pressed, no matter what you are doing on your computer. For example, the key combination Ctrl+Alt+1 will bring up the first Inner Space session immediately, regardless of what you are doing at the time, or what window is currently in the foreground. This is done using a global bind, and can be configured using the GlobalBind command.

The Lavish Graphical User Interface (LavishGUI, or LGUI) is a complete user interface system for use inside games. The UI is defined in one or more XML files, each of which can be loaded independently. Each XML file contains a list of top-level UI elements (usually windows). See LavishGUI for full LGUI usage information. Types of LGUI elements can be created through extensions using the ISXDK.

Agents are basically "app" loaders, where an "app" is something written for Inner Space. They can also handle custom events.